OC Transpo in Ottawa, Canada has joined the Nova group of metros as part of the North American Sub-Group. OC Transpo (the Ottawa-Carleton Transportation Commission) is the public transport provider for Ottawa, which is Canada’s capital and 4th largest city. OC Transpo is known for having an extensive busway network constructed and opened in the 1980s and 1990s. This network reached capacity in the early 2000s and is now being partly replaced by a new light metro line. At a city-wide level, public transport carries 22% of all morning peak travel in the city.

O-Train Line 1 (the Confederation Line) has 13 stations along a 12.5-km grade separated corridor that includes 3 underground stations in a 2.5-km tunnel through the city centre. The line will operate 100m-long trains at 3-min peak headways using ATO. Construction is beginning on extensions at both ends of the line that will add 27.5km and 16 stations by 2025. 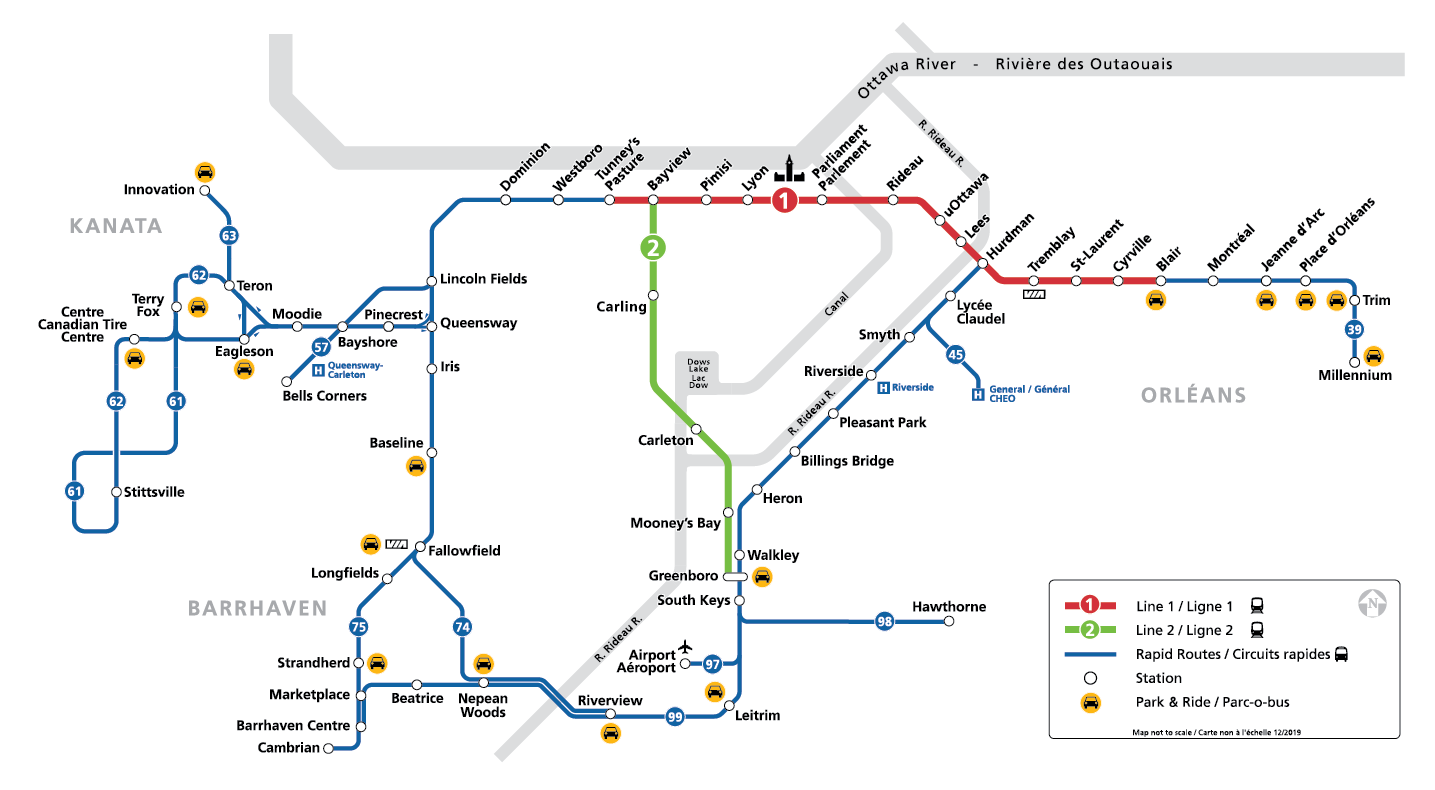